The Sixteenth of October was a day of rituals;
Bob's Day at the National Cemetery in Sarasota County, Florida.

The American Flag was smartly unfolded and waved over Bob's urn.

A Navy bugler played Taps
and tears began to flow. 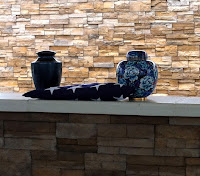 Then, just as smartly, the flag was refolded and placed
between the urns of Bob Nutt and his wife Dorothy.

The American flag was presented to Bob's family. 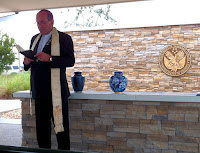 A priest spoke a few words about Bob's life.
And the process of burying Bob and Dorothy was begun.

Long may Bob's spirit of optimism, good humor, and caring
live throughout his neighborhood
and the world.